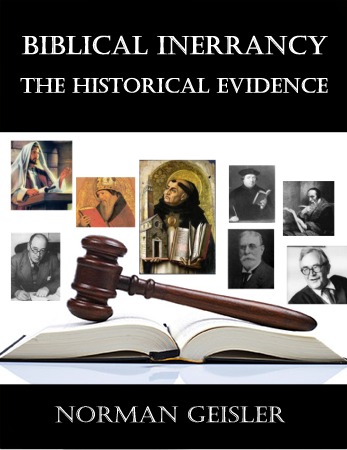 Second edition. In 2013, Norm made minor revisions to the book and retitled it Biblical Inerrancy: The Historical Evidence. It is not available at this time but Bastion Books intends to publish it in 2022 or 2023.

From the Preface
WHO WROTE THE BIBLE? God or men? If God inspired men to write the Bible, what did He inspire? Their thoughts? Or their words as well? How far does inspiration extend? Does it include only spiritual matters, or does it also include history and science?
The battle for the Bible has the average Christian understandably confused. Actually there is more than one battle, for there are at least six views on the nature and origin of the Bible. In using labels to identify the various views of Scripture, we must be aware that such labels are not absolute in the sense that they precisely define all those who hold to one position or another. They represent the core position of each of the various categories, but there is a divergence of view¬points within the categories, and some theologians may even hold to different elements of more than one category.