As of March 2021, Bethany House, the former publisher of Norm Geisler’s 1-volume and 4-volume Systematic Theology, gave all rights back to the estate of Norman Geisler. We expect that Bastion Books will be the new publisher and that new editions should be available in April or May of 2021!

Until the new versions are available, the best recommendation we can make is to order the four-volume set in the electronic Logos Bible Software format (for your computer) from here: https://www.logos.com/product/3598/systematic-theology.  This version is very searchable and contains the full text of all four versions. High recommendations!

Our second best recommendation is to consider purchasing the following books which are condensed and slightly paraphrased versions of Norm’s Systematic theology:

The paperback versions are about $5 each and they are available here: https://www.amazon.com/s?k=geisler+%22ngim+guide+to+bible%22&i=digital-text&ref=nb_sb_noss 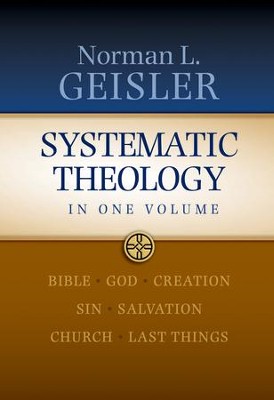 The Culminating Work of a Lifetime of Study and Research

Beginning with an introduction to theology and ending with last things, this complete-in-one volume covers the foundational concepts in Christian theology, including all the key topics from the widely praised original four volumes.

Order all four volumes in electronic Logos format for your computer  here.

As Dr. Norman Geisler explains and defends the essentials that make Christian belief possible–the preconditions–he lays a thorough foundation for Christian faith that will instruct theologians, pastors, and students for years to come.

Building on that foundation, Geisler’s bibliology, including the inspiration and authority of the Bible, has been called the most extensive defense of the consistent evangelical view of Holy Scripture available. – Bethany House

Dr. Norman Geisler clearly sets forth the reality of the existence of God: who He is. The author lays the foundation by explaining and describing the attributes and characteristics of God, among them His actuality and simplicity, life and immortality, unity and trinity. Dr. Geisler concludes this study by illustrating how we must respond to God’s attributes with heart, mind, and strength.

He then turns to what God does, or His activity: the creation of all things, the origin of spiritual creation, the sustenance of creation. The section culminates in a discussion of God’s relation to His creation.  –Bethany House

Read a preview at:  http://www.christianbookpreviews.com/christian-book-detail.php?isbn=0764225537

In this volume, Dr. Norman Geisler examines the doctrines of sin and salvation. He begins with a discussion of human beings, covering the origin and nature of humanity. Next the elements of sin are studied, including sin’s origin, nature, effects, and, finally, defeat. In this volume, Dr. Norman Geisler explores the church and the last things, ecclesiology and eschatology. He begins with the church’s origin and then outlines its nature, government, and ordinances, addressing both the church universal and the church local while also examining spiritual gifts and the relation between church and state.

In part two’s remarkable presentation of time and eternity, Dr. Geisler expounds on the final resurrection, the intermediate and then final states of both the saved and the lost (heaven and hell), and the theories of purgatory and annihilationism. Then, turning specifically to biblical prophecy, he puts forth a basis for interpretational consistency before covering the Kingdom, the Covenants, the Second Coming, the Millennium, the Tribulation, and the Rapture.  – Bethany House

TABLE OF CONTENTS
VOLUME FOUR: CHURCH (ECCLESIOLOGY) AND LAST THINGS (ESCHATOLOGY)
Part One: The Church: (Ecclesiology)
Chapter One: The Origin of the Church
Chapter Two: The Nature of the Universal Church
Chapter Three: The Nature of the Visible Church(es)
Chapter Four: The Government of the Visible Church
Chapter Five: The Ordinances of the Visible Church
Chapter Six: The Ministry of the Visible Church (Spiritual Gifts)
Chapter Seven: The Relationship of the Church to the State
Part Two: Last Things: (Eschatology)
Chapter Eight: The Intermediate State and the Resurrection
Chapter Nine: The Final State of the Saved (Heaven)
Chapter Ten: The Final State of the Lost (Hell)
Chapter Eleven: The Alleged Temporary State of the Saved (Purgatory)
Chapter Twelve: Annihilationism
Chapter Thirteen: The Interpretation of Prophecy
Chapter Fourteen: The Kingdom of God
Chapter Fifteen: The Covenants of God
Chapter Sixteen: The Second Coming and the Millennium
Chapter Seventeen: The Tribulation and the Rapture
Appendices
Appendix One: Only the Apostles Spoke in Tongues at Pentecost
Appendix Two: Were Tongues a Real Language?
Appendix Three: Has the Gift of Miracles Ceased?
Appendix Four: Ultradispensationalism
Appendix Five: Does the Resurrection Body Have the Same Particles As Before Death?
Appendix Six: Reincarnation
Appendix Seven: The General Councils of the Church and the Development of Roman Catholicism
Appendix Eight: The Role of the New Testament Apostles
Geisler, Norman L.: Systematic Theology, Volume Four: Church, Last Things. Minneapolis, MN : Bethany House Publishers, 2005, S. 11
Also translated into Brazillian Portugese

To download the Arabic translation of The Twelve Points that Show Christianity is True by Norman L. Geisler, click here. The download is a .zip file of a .pdf file. NGIM has given its permission to allow this PDF file to be downloaded freely and distributed freely, so long as no changes are made. We encourage you to send the link to this page (http://bastionbooks.com/12-points-arabic/)to all the Arabic readers you know!

Eventually we hope to make this available in other electronic and printed formats.

Read more about the original English version of this book here.

Print copies may be ordered from: https://www.amazon.com/Review-Michael-Liconas-Differences-Gospels/dp/1689387432

Also be sure to pre-order Lydia’s next book on Amazon!

by Norm Geisler and Ron Rhodes

This classic and much-loved book may be republished through Bastion Books in 2020! Stay tuned!

We expect this classic book to be back in print through Bastion Books sometime in 2021!

This book was based upon Norm’s Ph.D. Dissertation from 1970. The first edition was published by Zondervan in 1974 and the second edition (expanded to include additional chapters added by Winfried Corduan) was published by Baker Books in 1988.

To view some of the unpublished essays of Norm that did not make it into these five volumes, click here (redirects to NormanGeisler.com). 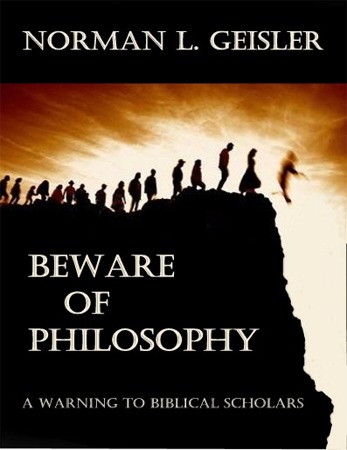 But before one can beware of philosophy, theologians must first be aware of philosophy.  Dr. Geisler begins by explaining the sour theological fruit produced by the incursion of harmfulphilosophical roots.  He warns against Naturalism, Spinoza, Hume, Bultmann, Agnosticism, Evolutionism, Progressivism, Existentialism, Phenomenology, Conventionalism, Processism, Platonic Allegorism, Ockhamistic Nominalism, Aristotelianism, Anthropological Monism, and Historical Criticism.  He proceeds to offer helpful advice for the mind and for the soul–advice meant to help us avoid being influenced negatively by harmfulphilosophical trends and methods.  This makes it a “must read”for all biblical scholars and for advanced students of God’s word! 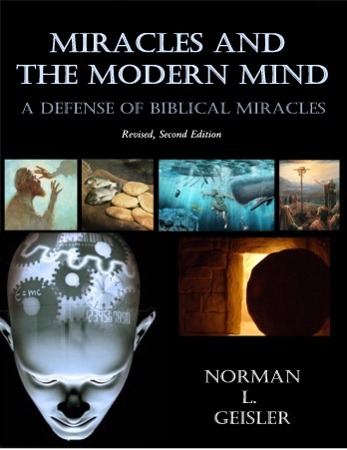 Available as an e-book at Amazon here:

The earlier 1992 edition is still available as a softcover printed book through Wipf&Stock (here) and is available as a digital book at Logos.com (here).