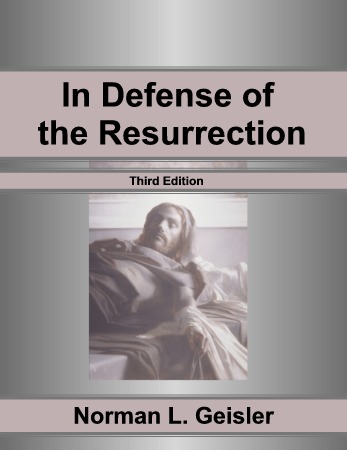 In Defense of the Resurrection, Third Edition

This book is available at Amazon at www.amazon.com/Defense-Resurrection-Norman-L-Geisler/dp/1091797692

In this book, Dr. Geisler fought battles for the orthodox doctrine of the resurrection and corrected the unorthodox views of other evangelical seminary professors. The book that started the controversy was Murray Harris’s book Raised Immortal (1985). Norman Geisler wrote The Battle for the Resurrection (1989) in response to Harris’ book. Harris responded with another book, From Grave to Glory ( 1990). In 1993, Geisler published In Defense of the Resurrection as a response to Harris.

The first edition of this book was published by Quest Publications in 1991. The second edition was revised and republished in 1993 by Witness Inc (Clayton, CA) is available as a digitized book at Logos.com. This third edition is being published as an e-book by Bastion Books in 2015 with slight revisions in the way the citations are made and a new epilogue added by Dr. Geisler in 2015.